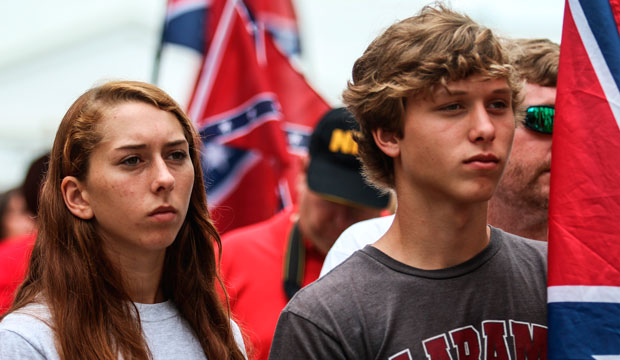 Trigger Warning: “We All NIGGAS Now!” Unapologetic Podcast Episode Is Off The Rails -But True!

OH, WE ALL NIGGAS NOW!

Yes, we are. Oh, you may not see it, but I, WE all know you FEEL IT!
Deep in your bones, down in your gut! You may not be sure what you’re feeling, you may not recognize the feeling, it is new to YOU, somewhat foreign. It’s a little tingle, like a spidey-sense, and for some, it’s like a burning in your gut!

I asked, surveyed actually, 100 people: racists, white struggling folk, some Mexicans, a few Muslims, Jews, even got a few Asians, and I didn’t forget to get insights from some mixed-race folks…oh, and even white gays, and transgender men –AND WOMEN. “What is a ‘Nigga’ to you❓” I asked.

Oh, yes I did. And, all of them expressed, characteristics such as ‘dumb’, or ‘ghetto’, ‘poor’, as well as, ‘uneducated’, ‘dirty’, and all thought it was pertaining to ‘the blacks’…black Americans specifically. But now, black Americans are one of the richest communities in the world! Black Americans, despite all the oppression, the killing, lynching, extrajudicial killings, red-lining, and incarceration, they have a mind-boggling buying power of almost $5 Trillion –ANNUALLY. 💵 And, $100 Trillion in true-economic power🤑.

FYI:💡 their economic power –or value, related to the amount of money, talents, resources, and such, which they bring in for their bosses, businesses, the government, 🏛️taxes, inventions, and on, and on. And, they (the blacks), still endure the same despicable treatment today, as their Negro, or Nigga great grandparents did…

💔 But Oh sir…Lord, now, the oppression, the redlining, discrimination, poverty, un-and-miss-education, …and what else did they say? That’s right poor, dirty, ghetto, mass incarceration, and so on, and so on…is not just for black Americans anymore. Oh No, we are all niggas now…at least by the racists’ meaning of the word.📖 Niggas, black Americans, are welcoming👋 Muslims, Asians, Indians, Mexicans, Immigrants, and poor white folks to the club. Oh yes, they are relieved.

They (the niggas) see that it is not all on their shoulders anymore. Their hate, their fear, and insecurities have spread like cancer to all of US. We all niggas now!🤣 Yes, Donald Trump has shown the world the truth about racism.🔎 Real-Racism. The truth about oppression, civil rights, and bigotry. 💻Social media has proven, the Negros right, all these centuries. That is why this new American Civil War, crosses all boundaries. Rich, poor, black, white, gay, straight, American born, immigrants, men, and women…it’s like we all got WOKE at the same time!

Oh yes, and the ⛪White Evangelicals: the same Christians on postcards, in pictures -posing, and in history books, depicted in statues, wearing Klan👻 hoods; enslaving, human-trafficking, cutting of the dicks, hanging and burning Negros –in The Name Of Jesus! ✝️ They are all exposed. No one believed the Negros before Donald Trump. It was unbelievable! It couldn’t be true. But, ✝️White Evangelicals, they have once again been led astray.

They have abandoned Moses, and they, sit at the feet of the Pharaoh now. 🐪 Because we know Jesus, Christ…He was a protester, He went against the oppression of His people, and He fought, and was killed for fighting for the oppressed. And, we know from history, the Pharaohs, fell! And, Lord, please help them to see, the err of their ways before it is too late. 🔥As fires ravage the earth, and😷 plague infects the world, especially in 🗽America, and, as they worship a false God, a cult messiah…the bible 📖comes to life! And, history, repeats itself –yet again.

But you see, we all niggas now! 😱 No More! Is it just Negros, or the blacks in America, slaves, or former slaves getting thrown to the grown by the slave patrols of yesterday. No More! Is it Negros, living in slums, in the food pantries, on welfare, government assistance, homeless, jobless, and hosed down -today they just use mace. The truth will set you free!