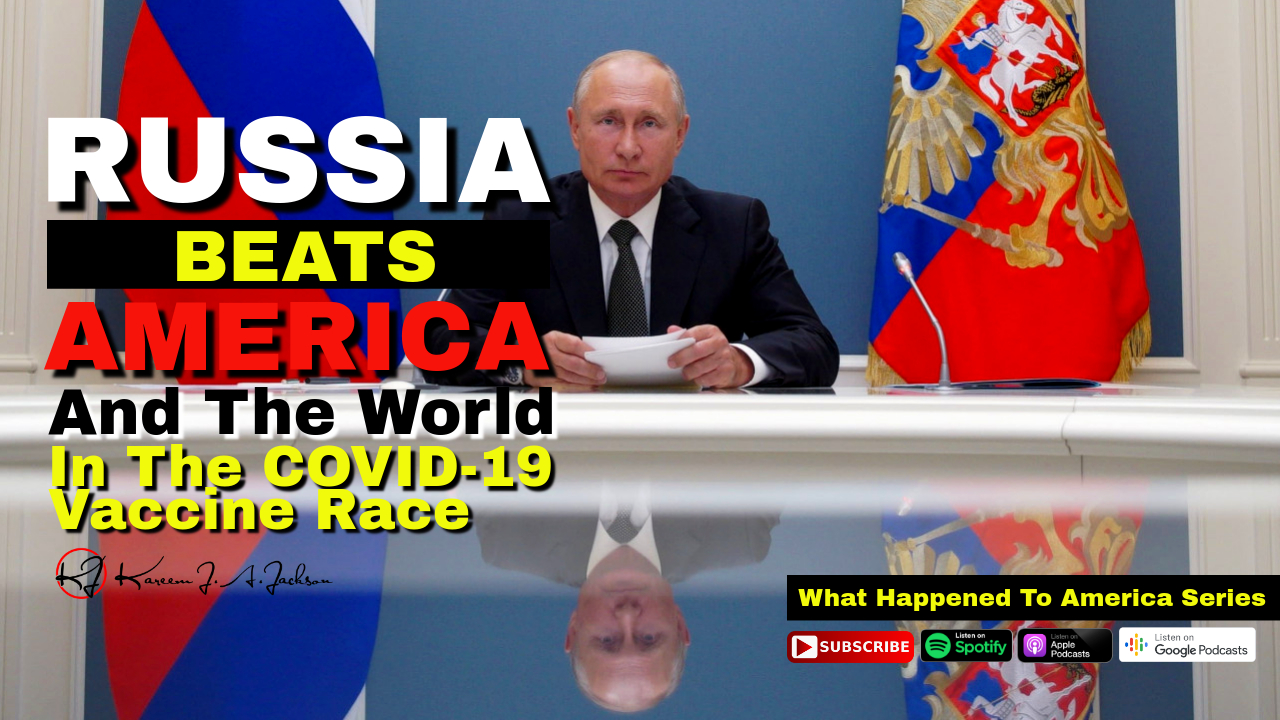 In The COVID-19 Vaccine Race

According to sources inside of Russia, as well as, a public announcement by Vladimir Putin (11 AUG 2020), America has dropped the ball, and Russia has beaten them in developing and approving, a safe, and effective, globally available COVID-19 vaccine.

Putin, stated, one of his daughters; either, Maria Vorontsova and Katerina Tikhonova, (which one was not specified), also was included in the experiments, trials, assuring the drug is safe.

“The world’s first vaccine against coronavirus will be registered in Russia in a few days. Russian scientists passed the necessary test stages and proved the safety and effectiveness of the drug.

Our medicine has adequately coped with the epidemic and now gives hope not only to our country but to the whole world.

Once the Soviet satellite paved the way for humanity into space, now the Russian vaccine will pave the way to the future without COVID-19, masks, and social isolation.” -Vladimir Putin (translated), Russia

Governments around the world have stopped looking to America for innovations, and most had no hope’s America could quickly produce a vaccine. Besides, if America did produce one, there was no way most countries could afford American made products. The United States continually ranks among the most expensive prescription drug cost in the world.

Therefore, not only was Russia reporting to The American Press (T.A.P.S.), that they may have a vaccine much sooner than the United States, but China, The Philippines, as well as, Africa had all seemingly used the more nearly 1-year head start time wisely; while American leaders were still in denial, claiming it was under control, and then deeming the virus a hoax, other nations had already begun testing trials.

“This is their new hoax…political democratic hoax…it will just go away with the summer heat.” -US President, Donald Trump

Nations and scientists around the world beat the United States to the global market. Now, with more than 2 million cases, and 200,000 dead in America, they will become the largest consumer; rather than an exclusive maker, of the vaccine. Many Americans, may be skeptical, and not believe in medications that aren’t ‘made in the U.S.A.’ however, Americans have realized the availability and effectiveness of ‘off-brand’ drugs.

Beginning with the ‘U.S. Healthcare Reform’ debate in 2009, the subsequent 2010 ‘Patient Protection and Affordable Care Act’, aka Obamacare, then the ‘Lower Drug Cost Now Act’ and, when Americans; by law, were able to buy life-saving medications (largely made in China) for as little as $4 from places such as The Walmart Pharmacy.

Now another, ‘Trump Executive Orders’ signed in 2020 as mainly a PR opportunity allowed cheaper drugs to be imported from Canada and others to be negotiated for Medicare. But, these executive orders are perceived as mere political gestures and will likely have little real-world benefits to Americans.

Americans, have for decades ventured into Mexico, and Canada to buy medications for up to 80% cheaper than in the United States.

Medicines, such as pain relievers, allergy relievers, and stomach digestion relievers are popular ‘generic’ substitutes.  Generics, such as, ‘amphetamine salt combo’ instead of, Adderall for attention-deficit hyperactivity disorder, and ‘metformin’ instead of Glucophage, for Type2 Diabetes